Can I pick the story?

It’s the little things that tend to throw me for a loop.

Today was one of those days where dinner took a little extra time. We had a roast with gravy and mashed potatoes and green beans. Those stupid green beans take forever to cut.

I was a little later than I had hoped for dinner, so I had to run out for ball hockey: something that I had organized to be from youth to young adults, a kind of mingling activity, plus a lot of fun.

Near the end of the game I found out my sister had phoned one of my friends to babysit, very odd since I don’t know if this guy has ever babysat in his life. It was a sign of desperation; she really wanted to go somewhere tonight.

I got home to my one of my biggest fear: the dinner mess had not been touched. Pots open, roast sitting on the counter, potatoes and green beans slowing going hard.

All those negative thoughts rushed into my head: “this is so unfair! Don’t those guys see what I do for them?”

I really did try to look away from what was in front of me, but I just couldn’t. It was right in my face. My brother and sister off doing social events, leaving me with a huge mess and a crying niece. So I did the only thing I could muster the strength for. I went outside and prayed.

It helped a little, so I went back in side, and started to clean up, and not focus so much on what was in front of me. I honestly started feeling sorry for myself, wishing that I at least had someone to talk to.

Gwyn was still crying for her mother. I decided to go in and try and comfort her, knowing full well she could just get mad at me. She does that sometimes, I know she doesn’t mean it, but in situations like this, it is kind of hurtful.

So I went in, and thank God, she was really sweet: “All I want to do is read my Bible story”. She said in between sobs.

“Alright Gwyn, I’ll read you one”.

“Can I pick it?” She asked as always.

“Sure.” She snuggled up and turned to a familiar picture with a boy wearing a coat of many colours.

I almost couldn’t read. I was tearing up. It was just what I needed. The title of the story was: “The Forgiving Prince” I remembered the line, “What you intended for evil, God has used for good. 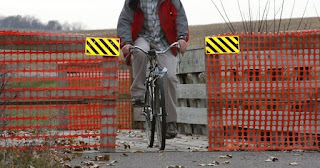 I go for a lot of walks.

On this walk I was, ironically, sitting down.

Sitting down with a great view of this beautiful little city.

A man on a bike stopped just off to my right and said, “enjoy this.”

He continued on. This man had strong opinions, but he loved Our city.

By most accounts, this was a strange looking man. Long black hair, a bike helmet with two small side view mirrors on it, black jeans with masking tape around the bottoms, and all sort of reflective stickers and a vest on. But he had a lot to share about life, and death.

One of his strong opinions centered around Christians. The Nazi’s were Christians. Pretty much every atrocity that was every committed was done in the name of “some Jewish corpse”.

Was I offended by this? I’m not sure. More than anything, I just wanted him to know what was true. But I just listened. One of the few things I said was in response to his statement when he leaned close to me and said,

“I have good news: your not a dirty rotten sinner!”

With a smile I responded, “yeah, not anymore!”

Then he launched into his philosophy about how only those with 100% cruel intent were actually evil. I thought of the verse that talked about how an apple tree doesn’t bear figs, and a fountain of bitter water does not give for sweet water. But I didn’t have to. I just listened to him. And for me, that was okay.

It isn’t always okay. I think the reason why I was okay to not talk was because I knew in my heart I wasn’t afraid too.

As my awareness of the evening’s activities became more pressing, I excused myself, with one thing I really felt I needed to say.

This thing would be trite and meaningless in many contexts, but in this one, somehow, I think it meant a lot. Was it my idea to say it? Probably not. But I knew I had to say it, and it makes a lot of sense now as I reflect on it. So from about street’s width away, I called out my last words to him:

What desparate things would a man do to feel like he belonged?

How would a man walk if he knew where he belonged?
Posted by Tawmis at 9:43 AM No comments: 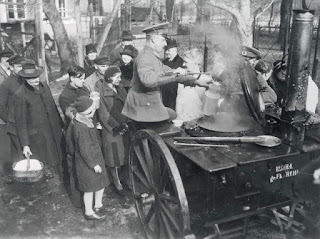 I was inspired to share this little story by a new friend, so here goes.

I was reading the SS 11 text book, since I'm teaching SS 11 right now, and the topic is WWII. I'm just at the beginning. How the treaty of Versailles was really harsh on the Germans, to the point were there was no way that they could pay back their debt.

Another interesting note, the American president at the time, wanted a treaty that emphasized forgiveness, which may have lead to the avoidance of WWII! Anyway...

So the first thing I realized was that Germany, albeit for a short time, was an oppressed country! People were hungry, and poor, and out of work, and the world was like, "Pay up!"

At the same time, Canada (and the US) was going through a depression, and socialist parties were gaining momentum because of the hard times. The people figured democracy didn't work, so we should try something else. And it wasn't even as bad in Canada as it was in Germany!!

Now in comes Hitler, makes all these promises to get people back on their feet, and when he does come to power, he actually delivers!!

Now tell me we wouldn't follow a guy who brought us out of the suffering and misery of a depression? Most of us don't even know what a depression is like, though we may soon find out. What would it be like to look your family in the eyes when they tell you they are hungry, are we going to eat tonight, and this guy gets you a job, and feeds your family?

The fact is, we turn to false saviors everyday. Not all of them have the immediate repercussions of an Adolf Hitler, but we do anyway.

Any Savior besides Jesus Christ is idolatry, and Christians need to be careful they don't see themselves as morally superior to even the Nazis! For it is by grace we are saved. Of course, that doesn't mean we excuse the behavior at all. sin is sin.

Just a little something I noticed while reading a text book.
Posted by Tawmis at 1:53 PM 1 comment:


Some people say that if you really want to know what a guy is like watch him play sports. I agree. I've know some pretty soft-spoken guys that are absolute goons on the turf. But I have noticed another one.

Maybe this is with all people, but if you want to know how insecure a guy is, watch how he reacts when somebody cuts him off, or does something else inappropriate in traffic. Chances are he'll do this:
1.Immediately get mad, perhaps swear, or display other uncommon behaviour
2.He will continue to talk about it, even though you try to bring up another topic.
3.He will tell this story to the first friend he meets, and all the rest of his friends for the rest of the week, and even beyond that if the topic comes up.

I can't say what exactly is the source of this, but I know for me, I really want to be right. I need everybody in the world to tell me that "the other guy" was wrong, and idiot, unsafe, etc., and that I am a skilled, competent driver. Ha ha. If I was really confident in my driving ability, I would be able to let it go, and sometimes I can. It all comes down to having my value in how Christ sees me, not the people I'm driving with, not my friends, not anyone else.

Anyway, ladies, if your wondering if this guy is "the one" watch how he reacts in traffic...
Posted by Tawmis at 8:00 PM No comments: